Ter-Petrosyan really couldn't disobey the demand of the trio he raised? 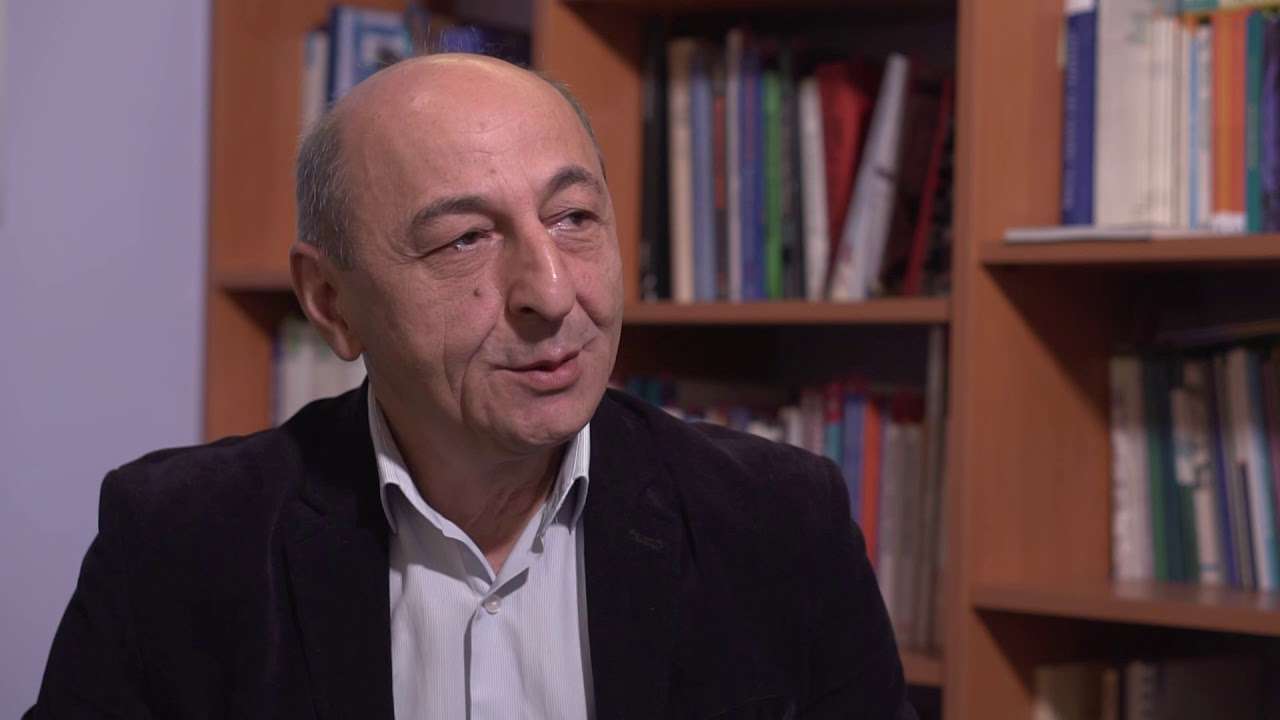 "You often hear that we rejected the favorable version of the Karabakh conflict solution and the possibility of a dignified peace.
But those who claim this tend to blame the whole people, strengthening the misunderstanding that all Armenians were uncompromising and demanding; all the people were superstitious and unrealistic.
Meanwhile, it is a fact that those who reject this possibility are the "well-known authorities" who presented Levon Ter-Petrosyan with a demand to resign. Levon Ter-Petrosyan, well aware and warning that we would not get a better solution to the Nagorno-Karabakh issue, accepted that demand and resigned, declaring that he considered the alternative more dangerous.
What happened?
The well-known authorities - Robert Kocharyan, Serzh Sargsyan, and Vazgen Sargsyan spiced up the demand for resignation with blackmail and threatened civil war. And the president of the country gave in to that blackmail. They were given coercion. He did not find a way to neutralize the conspirators, those who threatened the security and stability of the country.
To express openly, one side of the scale was the rational and effective solution to the Karabakh issue; the other side was the blackmail of the civil war. Blackmail and intimidation are not excluded; they worked: Ter-Petrosyan has left, leaving the arena to ambitious adventurers.
In my opinion, the question of the questions is as follows: could Ter-Petrosyan not obey the demands of the trio he raised, one of whom, by the way, did not know "The Lord's Prayer" and did not even know the Armenian alphabet (apparently, he still does not know), but he was to be brought from Stepanakert to Armenia, appointed prime minister, then remove Ter-Petrosyan and sit in the chair of the RA president...
Many of Ter-Petrosyan's supporters say and give reasons: yes, he could not, repeating his argument that if he did not obey, a civil war would start.
In my opinion, this is where the intrigue lies. This is where the roots of further setbacks, unwanted developments, irreversible losses, and misfortunes are buried.
Leaving aside the fact of retreating against the blackmail of the subordinates, I want to repeat the statement I made publicly. There could not be a civil war in Armenia either at that time or after that.
A civil war in Armenia is not possible at all.
At most, there can be riots, provocations, disagreements, and even shootings and explosions in Armenia, but civil war is excluded.
No one in Armenia can provoke such a thing.
Even the brave warrior himself could not do it on March 1, 2008, deploying the entire power structure involving the army and underground mercenary gangs. For a simple reason. In Armenia, everyone is friendly to everyone; no matter how angry they are at each other, their minds will not fly to the point of attacking each other at this or that command.
And so, allow me to claim that Levon Ter-Petrosyan's argument is not convincing. His resignation was a fatal mistake, which buried the opportunity to resolve the Karabakh issue in a good way. At the decisive moment, he retreated, handing over the victory achieved by our people and all other achievements - statehood, democracy, etc. - to the whims of the short-sighted lucky ones.
I have to repeat it. History can provide one, two, or at most three opportunities for the solution of complex conflicts like the Karabakh issue, at least one of which, preferably the best, should be realized at any cost, subordinating all the problems that can be an obstacle, overcoming all the resistances. , which prevents solving the super-problem. Those possibilities cannot be infinite. If you don't use that one, two, or three opportunities, attesting to some reasons, even up to an imaginary civil war, then one fine day, history will deprive you and your successors of the chance to solve the given issue; it will not forgive your delay, hesitation, the retreat at the given moment. , refusal, does not accept reasons, explanations, or excuses.
What happened after Ter-Petrosyan's resignation, how the negotiation process reached its lowest level, how much the liberated territories were deprived of power, how much money was looted in the army and the rear, what degradation the country was subjected to in general, how the balance of power between Armenia and Azerbaijan changed as a result of all this, my journalist colleagues. And I, as a documentary, recorded for two decades, every God's day (let me briefly say that many of the journalists who justly criticized the two former presidents, whom a famous figure liked to call Siamese twins, daily, recently seem to have forgotten both of their activities, and what they wrote about them, and by making a sharp turn, they became the servants of their interests, but this is another topic).

...Is there anyone who will argue that in the past two decades, Azerbaijan was armed to the teeth, and the Armenian army remained an appendage of the pathetic ideology of the status quo, the milk cow of those ideologues? What do you think? Was Azerbaijan preparing for war during those decades or not? Was he armed or not? If he was arming himself and seriously preparing for war, wasn't it understandable and clear that one day he would start that war? Naturally, at the most convenient moment for him. Or are there people who think that the Caspian Sea would suddenly fill the weapons and ammunition purchased with vast sums of money in 20-25 years, terrified of the most militant kindergarten in the region, which came to power in Armenia quite logically and legally...
The new government of Armenia would have to be inexperienced and somewhat short-sighted (honest motives are not enough to rule the state), and as soon as it made its share of mistakes, which the experienced, young, revanchist, and gray wolves with sharpened teeth were eagerly waiting for, and the result of which was the defeat in the war, none of the Armenian patriots on duty were mainly concerned, no one warned that the government was making a mistake, that it was going ahead with a war with a predetermined outcome... Everyone was dozing sweetly under the bold shouts of "Is-kan-deer" that erupted in Republic Square a few years ago, believing the rumors that the most capable army in the region was ready to conquer new territories in the event of a new war... Perhaps it was only Levon Ter-Petrosyan who, predicting the catastrophic war, warned about it but did not receive the mutual understanding and support of the brainwashed society for twenty years.
It is easy, of course, to demand hindsight political wisdom from an inexperienced government, to blame it for provoking a war or getting involved in a fight. But suppose that accusation is somehow understandable and explainable. In that case, some of us like to draw wise conclusions in hindsight, have an uncontrollable urge to shake our fists after a fight, then go home and eat mustard after dinner; it's pretty incomprehensible; it's incredible what coldly some lay the blame for the destruction with their own hands on those trapped by them. It is unimaginable what a reserve of disrespect, insistence, and hypocrisy a person must have to blame his crimes on someone else. It is appreciated that the political forces and their aggressive defenders always blame and curse others, but no one wants to admit their own mistakes, shortcomings, or even mistakes. A rational person looks and remains puzzled. Where does this coolness towards each other come from, and narcissism while looking at one's ugliness?
An intelligent person also wonders if the former leaders of RA do not want to admit their mistakes in the past, do they think that they did everything right, and if they had the opportunity to go back to the past, they would do the same... Do they consider themselves infallible?
Rumors are spreading now that the three former presidents may meet and decide to work together to save the motherland.
A rational person, an ordinary citizen of RA, wants to understand how it is possible for those who have organic hatred for each other to unite to save Armenia. He wants to know what result it can give, apart from reviving the vices of the past, further weakening the country, and plunging it into nihilism, regardless of who is involved in the game with what noble motives or ambitions. He wants a simple and articulate explanation: what can unite them apart from a rescue mission that does not inspire confidence in any way? Maybe the stronger hatred for another...
But isn't it as clear as a drop of water that swallowing a long-overdue but carefully guarded loathing for one another and uniting around a vile inner hatred for another cannot bear good fruit, even if the Lord God comes to support? 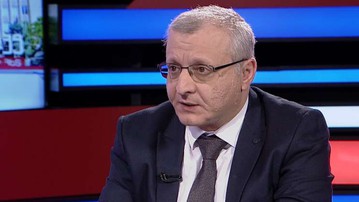 The myth circulated by pro-Western Armenians was dispelled

Political scientist and leader of the "Democratic Alternative" party Suren Surenyants writes on his Facebook page. 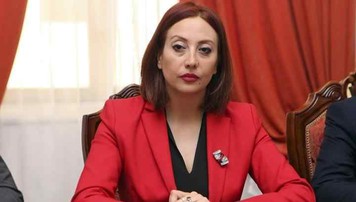 The long-term goal is the abolition of Armenia's sovereignty

However, another clause in today's statement is much more important, again what we are constantly talking about after the autumn war of 2020 and warning that the Russian side (despite its commitments) will not only not defend against Azerbaijan's attacks, this creeping war, and military exhaustion. But it will provoke.

Should the "transition" responsibility remain on Armenia with its enormous challenges?

There is a point of view: "the US said, what more can we say, the step is ours, will we take that step, will the US give us the weapons?"