In Sotck, the houses of the citizens and the building of the community hall were damaged by the direct fire of the Armed Forces of Azerbaijan. HRD of RA

The groups conducting the HRD fact-finding mission have returned from the Gegharkunik region. The defender's representatives had meetings with residents and leaders of Norabak, Kut, Sotk, and Vardenis communities.

The information was confirmed by the residents of Vardenis, who were evacuated from the community, and by the administrative heads of other regions. Photos and videos confirming these circumstances were presented to the defender.

As a result of private interviews, the citizens also recorded questions regarding damage to their property, pets staying there, and deprivation of property.

Even during the fact-finding mission, people did not have the opportunity to return to their homes or evacuate their property and pets in continuous shelling and bombing conditions.

In Upper Shorzha, people reported that the Azerbaijani armed forces fired targeted fire at civilian cars, which caused the cars to burn.

Residents of the community informed that due to the shooting, they had to leave their personal belongings, documents, and pets and were deprived of the opportunity to return to their homes.

The defender's representatives also visited the civilian medical center in the Gegharkunik region, where two civilians, one of them an older woman, were injured due to Azerbaijani actions.

The information and evidence collected from the fact-finding work will be sent to international partners and human rights organizations. 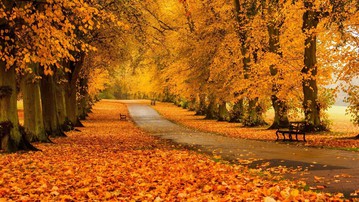 Weather without precipitation is expected, the air temperature will decrease

Weather without precipitation is expected on the territory of the Republic on October 1-5. 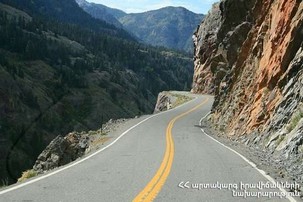 Motorways are passable on the territory of RA

As a result of the damage to the bridge in the Lusagiugh-Yeraskhahun section of the M-3 highway in Armavir marz, traffic on the road section is carried out in one lane with two-way traffic. 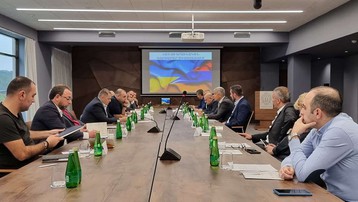 Ambassadors V. Karapetyan and L. Ohanesyan gave a welcome speech and presented investment opportunities in Armenia. During the discussion, the participants got the answers to their questions. An agreement was reached to hold the next meeting in Armenia.