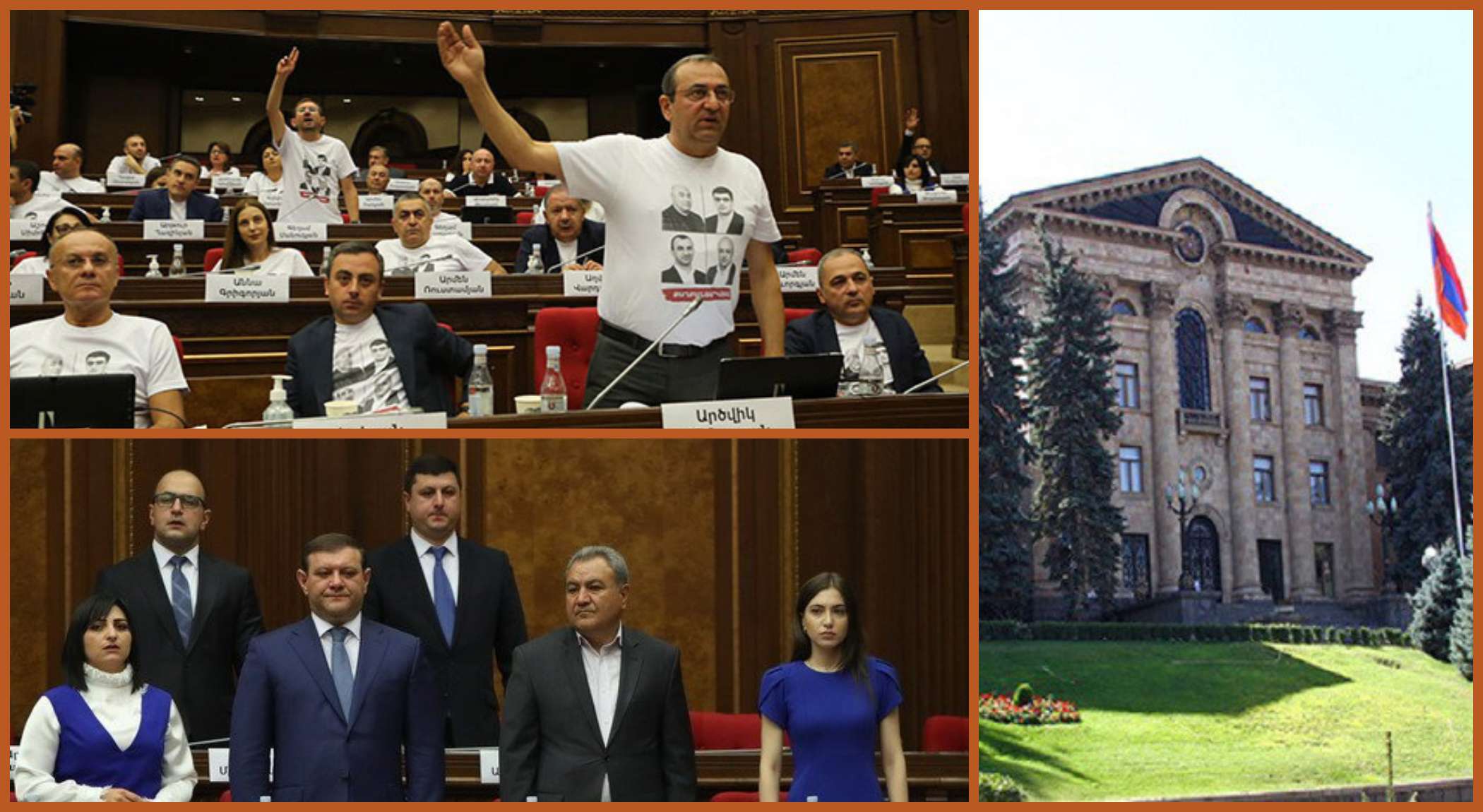 The parliamentary opposition has begun to retreat.

"Pativ Unem" faction announced to end the boycott and return to the parliament. But, to save their face, they declare "with their hands" that returning to the parliament does not mean giving up the street struggle, and they will combine these two tools if necessary.

"Hayastan" faction has not yet made a final decision. There are still discussions within the section. However, most likely, they will "put down their weapons" and appear at the NA sessions after a short time. It should be noted that the "Hayastan" faction has announced that it will return to the parliament exclusively with its agenda. Their agenda was to dismiss the prime minister, which we are unlikely to witness.

The opposition's decision to end the boycott was expected. The two parliamentary factions, announcing in the spring about boycotting the NA works and the start of the street struggle, found themselves in a desperate situation after a short time.

Attempts at street struggle failed, and the boycott became more pointless. Do you remember that the opposition parties promised to start a fierce battle in the fall, but they did nothing apart from one or two rallies with few people?

And returning to the National Assembly with "their agenda" is unrealizable, if only for the simple reason that the opposition parties do not have enough mandates even to include the issue of no confidence in the prime minister in the agenda, let alone make it a reality.

If we look back at these months of the absence of the opposition, we can record that the absence of the opposition was not felt in any way at the NA sessions. Their boycott did not affect the work of the parliament for a second. During this time, the ruling majority adopted the necessary laws, elected the president of the country and judges of the Supreme Court, and even deprived the opposition MPs of the position of the vice-president of the National Assembly and the presidents of the standing committees.

And so, in the created situation, the oppositionists had nothing left but to stop the boycott for some stupid reason and head back to the NA session hall. All the more so when the opposition MPs have been included in all international delegations for several months and are actively traveling. Therefore, not returning to the NA hall was not "looked at" in any way.

And what will the return of the opposition to the parliament bring? Most likely, nothing. In the best case, shortly, we will again witness scenes, blasphemy, and lamenting speeches with well-known motifs. Especially on Wednesdays during the NA-Government question-and-answer session. It is not excluded that sometimes we will also witness fights, throwing bottles, and that's it. It said that we would see everything except substantive discussions and legislative activities.

Until then, the question remains: will the opposition return to the parliament voluntarily, or will they be sent to the National Assembly by relevant centers to stage scenes? Especially before the regional developments, all this is needed, even if it is to divert the public's attention.

The answer to this question lies in Vardanyan's other thoughts. According to those thoughts, everything should be done, so the Russian peacekeepers get an international mandate.

In a briefing with journalists, Ishkhan Saghatelyan, the representative of the General Assembly of the ARF, stated that his family and relatives had been subjected to illegal pressures in the last six months.

Currently, the USA has no actual involvement in the Nagorno-Karabakh conflict, at least from the point of view of its containment and limitation, so it presents itself as a moderator.